There Comes A Time…

“A dying man needs to die, as a sleepy man needs to sleep, and there comes a time when it is wrong, as well as useless, to resist.” – Stewart Alsop

Unfortunately we can’t postpone the inevitable, we’re not super humans for a reason.

There’s something I’ve been meaning to ask…

Questions we pose in our mind are a tricky thing. Tricky because we (translation: I) might start to over think them, if we don’t yet have an actual answer.

Personally, I like to have answers for everything in order to get clarity in a scenario, but I do not like asking for those answers. Part of the reason is because I’m not always ready to hear the answer, so instead I decide to keep my mouth shut, which usually leads to my over thinking, which sometimes isn’t so healthy…

When someone finally musters up the courage to ask away, they need to be prepared to hear just about any answer, positive or negative, conclusive or open ended, direct or indirect, truthful or not. Here’s the problem, people might just be looking to hear one particular answer. And chances are if we’ve been juggling around possible answers in our head, once we hear the “real” answer we might doubt, disbelieve, and/or reject it if it wasn’t the one we were expecting or hoping for.

Is it always necessary to dig for an answer? I think no. We can afford to leave some things unknown and leave some things unsaid. However, there are times when we need an answer in order to move forward with something or to let our minds rest in peace, it’s just a matter of determining when this is the case.

Jumping Right Up To The 1%

One individual may find themselves becoming one of the richest individuals in the country, and part of the 1% over night thanks to the Mega Millions lottery.

There’s so much craze due to the grand prize being so high, which has now gone up from 540 to 640 million dollars, making it the biggest US (and possibly world) lottery prize ever. Does that mean another 100 million dollars worth of tickets have been bought/sold within the last few days?

According to the information presented in this article, about $1.46 billion dollars worth of tickets have been bought/sold that has led to the $640 million sum. So, in other words, this whole lotto thing is a rip off, since everyone collectively has spent almost three times the amount of the prize and could have just given that money to each other. I don’t know how this whole lottery stuff works (i.e. how the money is divided, where it all goes, etc.) and I don’t care enough to research it. But I think it says a lot that people are willing to spend so much money on something so unlikely to pay out, instead of donating that same money elsewhere, where the money is very much needed (e.g.  their home, immediate communities, organizations, charities, etc.). I’m not judging, really I’m not.

I would never say it’s bad to buy one or as many lottery tickets as you may like, because it’s practically harmless, unless you break your own wallet trying to win. But I feel that if someone is meant to win, they’ll win whether they spend $1 or $100 or $1,000. Yes, theoretically your odds of winning increase with the more tickets you buy, but realistically your odds are so bad in the first place that it really makes little difference. Not to mention, there’s really no strategy of determining which numbers are more likely to be pulled out; if you win, it’s due to pure luck and faith and not because you’re smarter than everyone else in cracking the code.

One big concern of mine, because I’m such a thoughtful person (sarcasm), is what the winner will do with the money. At first I thought a much better idea would be to split the one $640 million prize to six-hundred-and-forty $1 million prizes. However, after further consideration, $1 million nowadays seems like pocket change, especially after taxes, and I think people are more likely to spend that little amount of money (sarcasm) purely on themselves, and not really consider helping and donating to those in need. This is purely my negative assumption of people, I’m sorry for that. Hopefully the winner will do great deeds with that large sum of money.

Geraldo Rivera made the following statements on the show Fox & Friends:

After his segment on Fox & Friends, he tweeted two other statements:

I never knew that wearing a hoodie and looking like a gangsta were synonymous. Herein lies part of the problem with Geraldo Rivera’s argument. For some reason, Rivera is fixated on the hoodie being a dangerous article of clothing. A hoodie alone, I don’t believe, can be considered responsible for endangering someone’s life. And looking like a gangsta shouldn’t be responsible either, though, it probably would sway someone to look at a person with a much more vigilant eye.

What we wear, that is, our entire attire, and not just one article of clothing, certainly does influence people to form a particular judgment of us. Society as a whole simply does not hold the same opinion of an individual wearing baggy street clothes and of one wearing more formal attire, especially if the former is of a minority group and the latter is white. Sometimes even the same clothes on individuals of different races will formulate different judgments. Whether we like it or not, someone’s outside appearance and race will determine the type of attention, reaction, and treatment they will receive.

What’s important to remember is that clothing should not fabricate, whether positively or negatively, an individual’s character, and, consequently, cannot adequately determine their threat to society. Wearing gangsta-looking clothes does not automatically mean that someone is dangerous, just like wearing a suit, let’s say, does not mean that someone cannot be dangerous; it works both ways. Ultimately, even if someone looks like a gangsta no one should want to shoot them if they’re not being harmed by them.

Having grown up in a community that is primarily made up of African American, Asian, and Latino populations, I have seen and have been one of those stereotypical hoodie-wearing, young, and dark-skinned males. There was a time when I choose to wear clothes far bigger than my actual size because I was influenced by what I saw around me, but not because I was part of that crowd. Eventually I grew out of that phase and started wearing clothes that actually fit. Part of the reason was because I didn’t want to be associated with negative social circles; deep down I knew that outside of my community people would associate me and my clothing choices with being a gangsta. At no point in time, however, did I stop wearing hoodies.

While I do believe that individuals, especially those from minority groups, should choose what they wear carefully in order to not be seen as a threat, at the end of the day clothing choices is not what kills people. Weapons in the hands of ignorant and racist individuals who make lethal and rash decisions based on someone’s appearance, is what kills people. 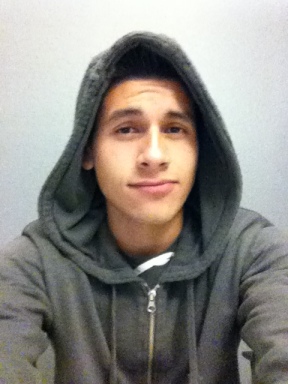 “Some people pay a compliment as if they expected a receipt.”
– Kin Hubbard

A compliment should never be given with the anticipation that you’ll get something in return for it. You should choose to give one because you want to, and at no cost to the recipient.

Why Are You Still Single?

The Question
Why do people, usually a potential date, ask this in the first place?

On the surface, it’s a compliment, I guess, because this person is essentially saying you seem like a good catch, but deep down it’s really a pointless question to ask. The fact remains that people in general, whether young or old, are single at different times in their life. It happens, so instead of asking why, take advantage of someone’s singleness. Also, depending on who it’s coming from, the question might actually be an insult, as in saying “What’s wrong with you, why does no one want to be with you?”

I’ve gotten this question myself quite a few times. The first couple of times I was taken off guard and didn’t exactly know what to answer. But since then I have prepared a safe answer for it, which leads me to…

The Answer
There are an array of reasons why someone could be single, ranging from obvious reasons to it’s better not to know reasons. But really, why would you be single? Obviously you’re not going to put yourself down and disclose your negative characteristics, instead you might say:

But no matter what, I think the universal safe answer for anyone and everyone is: “I just haven’t met the right person yet.”

Perhaps 50% of the time it’s not that we’re not mentally ready or willing to date, it’s simply that we haven’t met someone who we find to be not just a good catch, but also a good match. The other 50%, let’s face it, it’s that we are difficulty, greedy, and picky… or is that just me? I digress.

I think that if we met someone who we like head over heels, and from head to heels, we would probably do everything possible to make it work no matter what, and if the timing is right, then everything should fall into place. In other cases, if there’s any doubt in either our attraction or compatibility to someone, we might make up an excuse for why we can’t keep seeing them or why we can’t be official.

The tricky part in all of this is finding that person who we find worthy of consuming our time, of requiring our attention, and, ultimately, of suffering for. In the meantime, you should avoid asking this question to anyone you’re dating or are trying to date. Just a suggestion…

“The truth is, everyone is going to hurt you. You just got to find the ones worth suffering for.” – Bob Marley

I find the recent attention on the KONY 2012 campaign quite interesting. On the one hand, we should all be aware of what’s going on in other countries, so might as well take advantage of social media to bring about that awareness. On the other hand, I question the commitment and real intentions of those taking part of such campaigns.

Let me say, there’s absolutely nothing wrong with reposting a link or video online. I think it’s great that people are watching and sharing this issue, after all it may be seen by someone who will want to take non-virtual action, and that would be a step in the right direction. What I don’t think is great is that people will see something and forget about it the next day (not literally) or simply won’t take further action.

You should want to be part of something not because it’s the latest viral epidemic, but because it’s truly an issue that you’re interested in. We all have our personal connections to different issues, and we can’t possibly devote time to every single issue in the world. It’s up to everyone to choose the issues that are top priorities for them and devote the appropriate time and attention to them.

Fighting for a cause shouldn’t begin and end with watching a video and/or by reposting a link. It can start that way, but it should definitely not stop there. If you really want to help, get involved by doing the research necessary and by continually asking questions to better educate yourself on the issue; become an advocate for it. As much as we would all like to help make the world a better place, focusing on one link, one bad guy, one organization, and one issue won’t accomplish that. It’s a start, but it takes much more than that.